I am back from Cuba, with a short trip to London and am now pretty much in quarantine for the Corona virus… (I don’t have it, as far as I know, but Italy is shut down… so you know)

Anyway- we have been to CUBA!! We bought our trip months ago, and we had booked hotels in Havana (yellow pin), Playa Larga (Green pin- Bay of Pigs), Trinidad (purple pin), Varadero (red pin) and then back to Havana again. The transport between the places we arranged during our trip.

On February 8th we flew from Milan, via Madrid and landed in Havana in the later afternoon, after a good 17 hour travel (time difference made us arrive in the afternoon the same day).

We had rented a room in a ‘casa particular’ (which basically are small rooms in bigger apartments- very particular to Cuba) in the old part of Havana. Great idea in theory, as we really wanted to get the Havana vibe, the music, the rum, the cigars and the colors- which were all present! Two days were enough though, the chaos kind of gets to you- but if you ever go, much recommended to live in Old Havana to experience it. 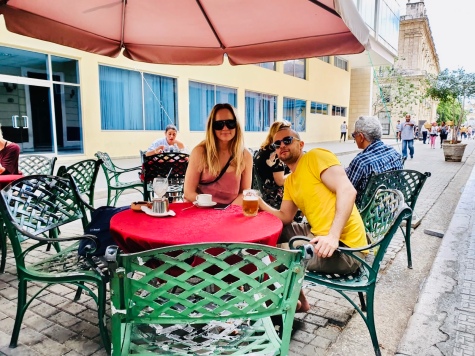 Let me just get two things off my chest- Cuba is INSANELY expensive compared to the income level there- meaning; their monthly average salary is about 15 Euros, a breakfast for tourists is about 5 Euros, or a dinner is around 30 Euros for two people- which you can imagine is absolutely insanity- it would be the equivalent of a breakfast in Italy costing around 400 Euros for tourists (average salary in Italy is 1500 Euros).. And also, there are no supermarkets where one can get food, or fruit or anything- 1,5 liters of water was 2 Euros, and one cannot drink the water in the taps there. They also have a ‘tourist currency’ there, so for Cubans they are paid and pay in CUP (pesos), and tourists pay in CUC… so strange, but then again- what to do about it?! And that will be my last rant about that 😉

We got all we wanted right away, music in the bars, great cocktails (mostly mojitos and daiquiri, everyone is super friendly and Havana felt safe.

Of course we had our morning run, so we got to see a bit of the seaside too- and some of the rather rougher parts of Havana. Boy- those vintage cars are absolutely lovely to look at, but they have a level of pollution that is enough to last a lifetime when you are running along the roads where they drive…

We went to the museum of Rum (sponsored by Havana Club of course, but still- interesting), and Gino being Gino- he of course spoke to everyone and anyone who stopped him to sell him something- so lovely 😀 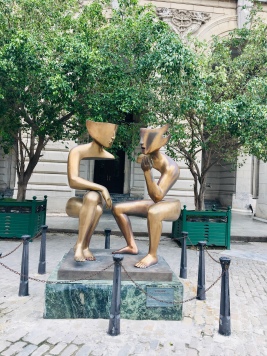 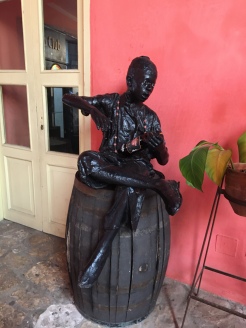 After two days in Havana to adjust to the time- difference we headed to Playa Larga to get some beach and scuba diving.