Since this weekend was a long weekend, we decided to take the trip to Innsbruck for the Christmas market and some skiing there. Didn’t plan to keep such a tight schedule, but in the end it worked out to perfection!

Get up at 5.45- drive to Innsbruck (around five hour drive)

Ski half a day until 4 pm 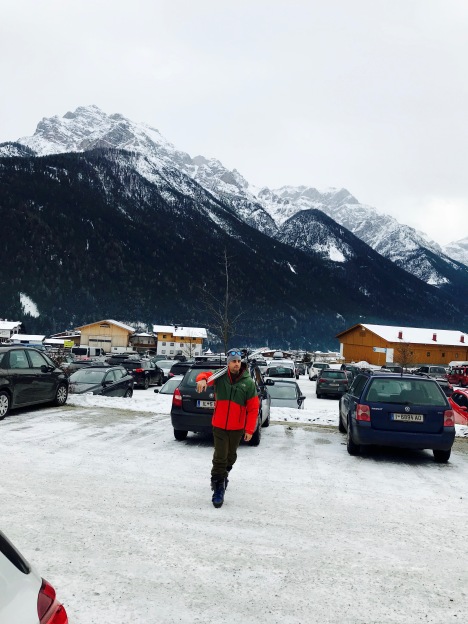 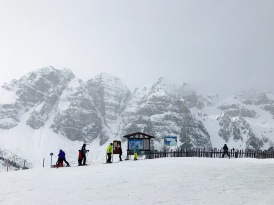 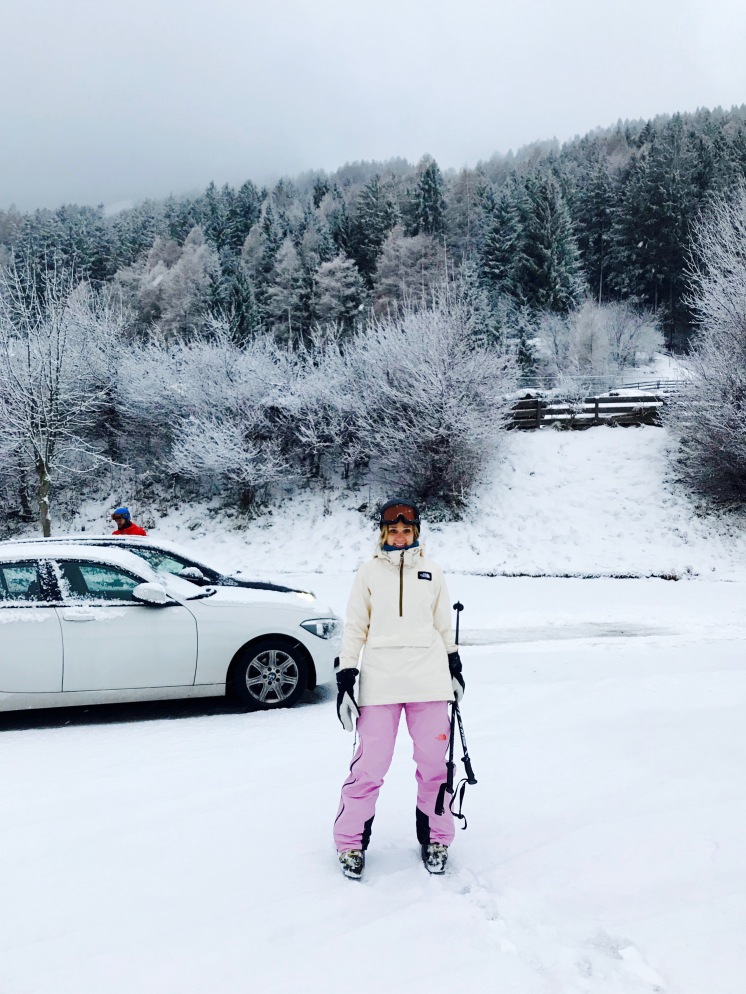 Get to the hotel- after almost sliding off the road on account of heavy snowfall- thank you to the diamond of a man that gave us the necessary push to get going up the hill! He literally pushed the car in a uphill to help us get going after being stuck in the street, and yes- the car does have winter tires.

Shower and a change of clothes.

At 6.30 pm we were ready to take the bus from the hotel to Innsbruck (we didn’t chance the roads again)- at 7 it arrived. 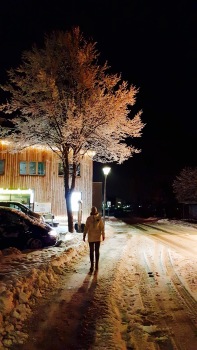 Ran around Innsbruck Christmas marked that closed at 8…- so so beautiful!! Found some really cute presents for my mom, my aunt, bfs parent and my cousin (so now they know where they came from;) ) . 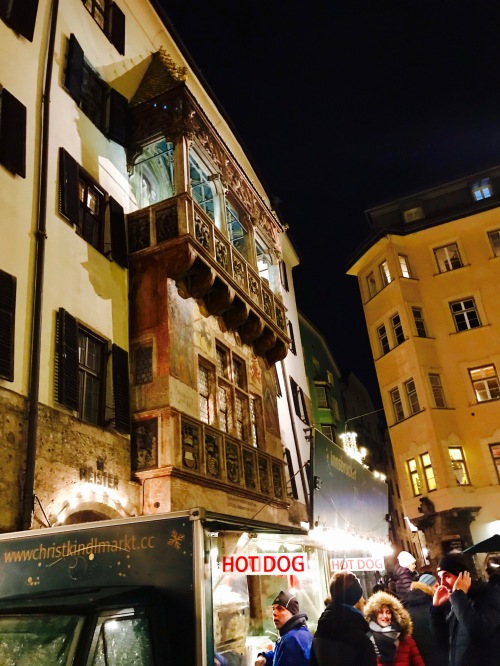 Then we stumbled upon random bar, and loved it- felt like and after-ski place- so unpretentious and chill with German music (as you can hear so lovely below here), so we stayed there instead of going to a restaurant for dinner until we had to take the last bus home at 10 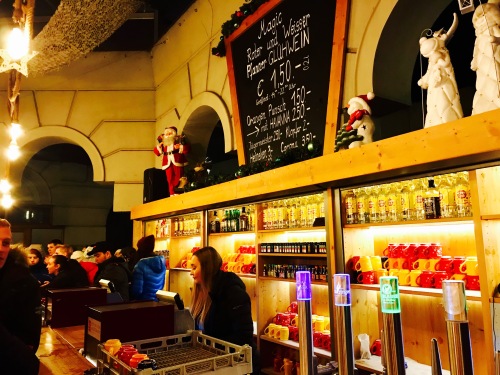 7.30 the alarm went off- in which we were already awake, peeked out the window and it was totally Winter Wonderland out there- made me so happy!

We packed our things and grabbed some breakfast in the hotel- so good! I had muesli and some yogurt, dark bread with ham and cheese, a cookie and some biscotti. My bf basically ate them clean of bacon and eggs- hehe! 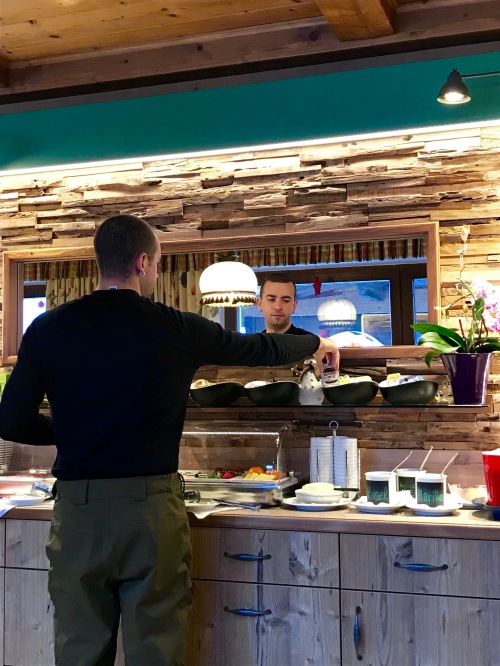 Went skiing for half a day- until 1, had lunch (even though none of us were hungry after that big breakfast)- we shared goulash and a veggie and egg soup. 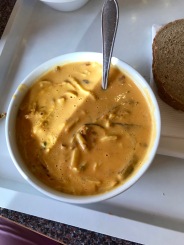 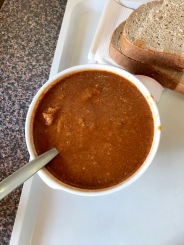 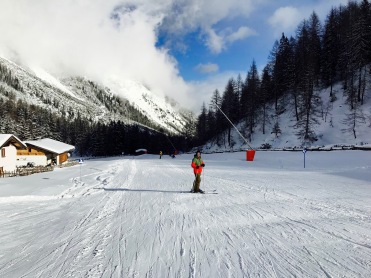 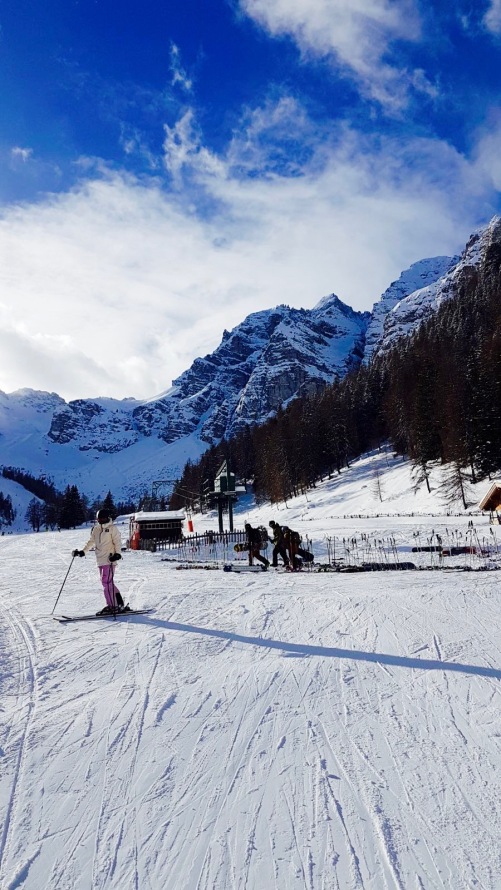 At 2 we headed back home, after 5 hours we were back home. Put everything in order and at 8 we went out to watch Inter Milan versus Juventus in a bar.

Today is a ‘Christmas day’ – more of that tomorrow 😉