It was another one, and the last weekend of non alcohol for us this weekend. We have three weeks twice a year where we don’t drink alcohol which started with my bf having his medical check ups and thus didn’t want to drink, and has continued now for a couple of years.

We don’t drink that much normally (just to avoid any rehab- bookings here), just a glass or two on Fridays and Saturdays. But it does feels great to just let the body ‘rest’ a bit, even though we eat like normal meaning some great meals during the weekend.

On Friday I went to Lugano, which was a mess to drive to, as they had closed the autostrada on account of an incident- so instead of using 40 minutes from work to Lugano, I used two hours to get there. With great company and amazing food it was of course all well worth it!

Iza had a friend visiting from Peru, so we all went out to grab some ribs ‘Ticino’ (Ticino is the commune that Lugano is situated in) style, which is ribs, french fries, polenta and mushrooms- so, so good! I did have 3/4 ribs, but ate mostly polenta and fries…

On Saturday me and bf went to Milan to look at an apartment (the apartment was great, the area- not so much, so it will not be that one). We went to have lunch at California Bakery in Corso Como, and as always they delivered (a bit slow though, but they delivered).

He had his pancake with eggs and salmon, and I, my soy yogurt with granola and fruit. And then a coffee to finish it off. 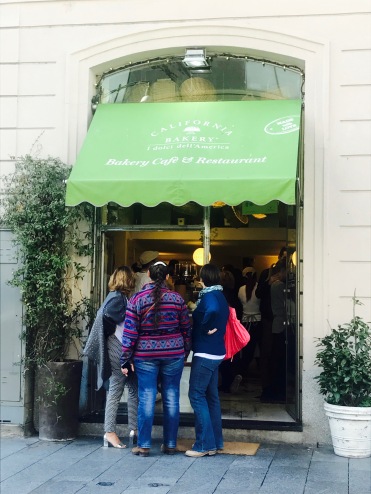 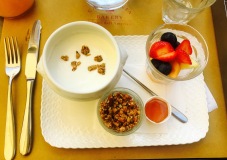 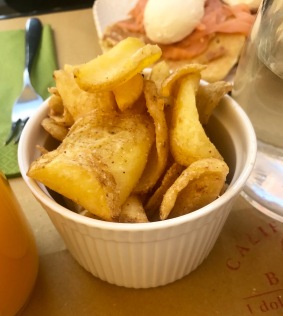 In Corso Como, the Maison Margiela store has such a cool facade with sequins moving in the wind- just had to film it a bit:

In the evening, on account of ‘no alcohol Saturday’ we went bowling, I won the first one, he the second one… and since he won the total, I had to pay 😦 On the bright side, they did put on the disco- light… haha. I had to console myself with some candy… 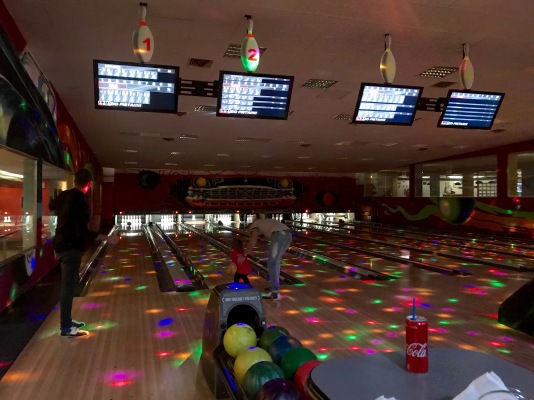 To balance off some of yesterdays splurging I went on a nice long run this morning, and now we are off to Milan, as bf has the train back to Rimini at 7. The weather is fantastic here, 20 degrees and sunny, so we’ll go for a nice long walk in Milan before he departs.

All in all a great weekend!

Ready for a new week tomorrow, my goal is to be as good with exercising as last week– which always is a good motivation to start off with- I always think in the morning; wake up with determination, go to bed with satisfaction!